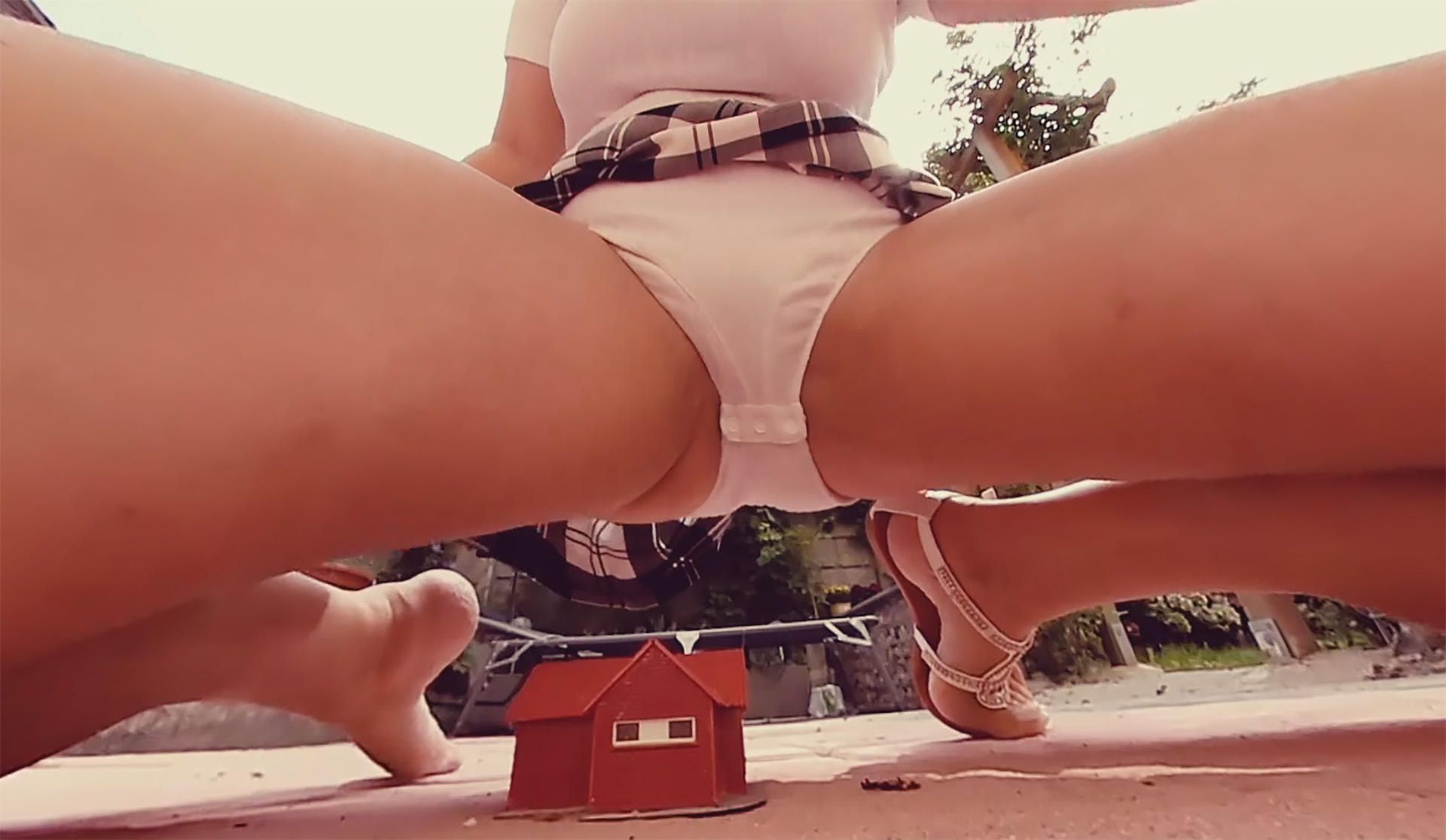 As an honorable police officer, you need to protect law and order. So it is your duty, to rebuke the bratty “little” girl next door, if she behaves wrong, no matter what. But if the neigbour’s little girl is actually a giantess, it’s probably not the best idea, to mess with her.

See how the bratty giantess girl next door takes revenge. First the poor policeman loses his wife. The mean giantess girl just squashes the tiny woman, who is captured in the pussy area of the giantess’ body suit.

Then the policeman loses his dignity as the giant girl’s helpless little toy. He gets stuck between her massive toes and is forced to lick the dirt from under her toenail. Then he get’s smothered by her massive butt several times.

As if this weren’t enough the giantess takes his house and smashes it beneath her huge sandals and bare soles.

The giantess girl is curious, how the little man tastes like so she puts him into her mouth and sucks him like a little candy. Finally she puts him in her body suit, where he get pulverized between the giantess’ massive ass cheeks.

If you enjoy bratty schoolgirl giantess fantasies. This clip is for you!

On special wish I wear a school girl like outfit with body suit in this vr clip and act like a bratty girl. There is a lot of barefoot and sandals pov tease, several butt smothers, a vore close-up scene and some other things, a naughty, playful giantess girl next door would do. I also smash a model house beneath my feet.