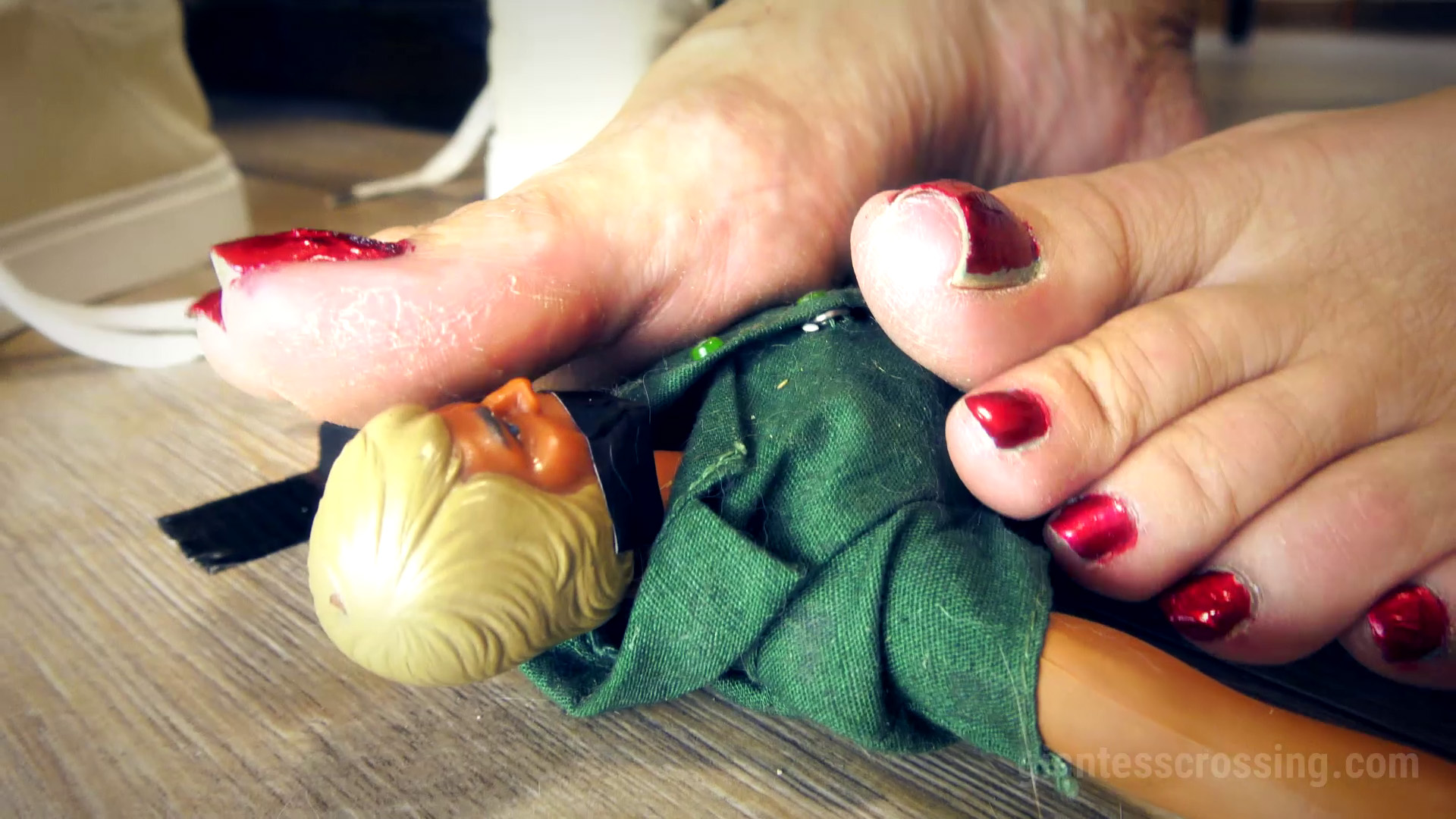 Mr. Mellon had bad luck at the latest contract negotiations with another company. Now his company has to pay twice as much for the same material.
His boss Lady Loryelle is not amused about his failure, so he needs to be afraid to loose his job. As if this weren’t enough, he’s only 10 inch tall.

Loryelle commands him in her office. She let him choose, he can leave the company instantly or he can stay and keep his job, but then he has to accept her punishment, to avoid that this never happens again. He agrees, knowing this won’t be an easy challenge.

The bossy giantess wears her sneakers barefoot all day so he has to sniff and worship her giant hot, steamy feet, while he is taped to the floor. Even his mouth is taped, so he can only breath through his nose.

Loryelle first starts teasing him with her sneakers. She gently steps all over him and rests them on his tiny body. This is hard for such a tiny man, but it’s just the beginning. When she removes her sneakers, he first has to sniff the inside, before she puts her giant smelly toes right in his face. As his mouth is still taped, the poor little man can only breathe through his nose.

While Mr. Mellon suffers under his giant bosses’ feet, Loryelle calls the boss of the other company and solves the contract problem. Loryelle rests and rubs her giant smelly feet all over Mr. Mellons’ tiny body. Then she removes the tape off he his mouth so he has to lick and worship her beautiful huge feet.

When she frees him, he think he has made it, but not yet. Loryelle grabs the tiny guy and uses him as her foot massager. She rubs him face first all over her giant smelly feet and presses his nose deep inbetween her huge toes.

At the very end Mr. Mellon is forced to spent his weekend on a special place…

Ever dreamed of being punished by your beautiful giantess bosses feet? Then this clip is for you.

Language: english
Please note: I could also offer the clip in german language. If interested, just ask for it as a custom.