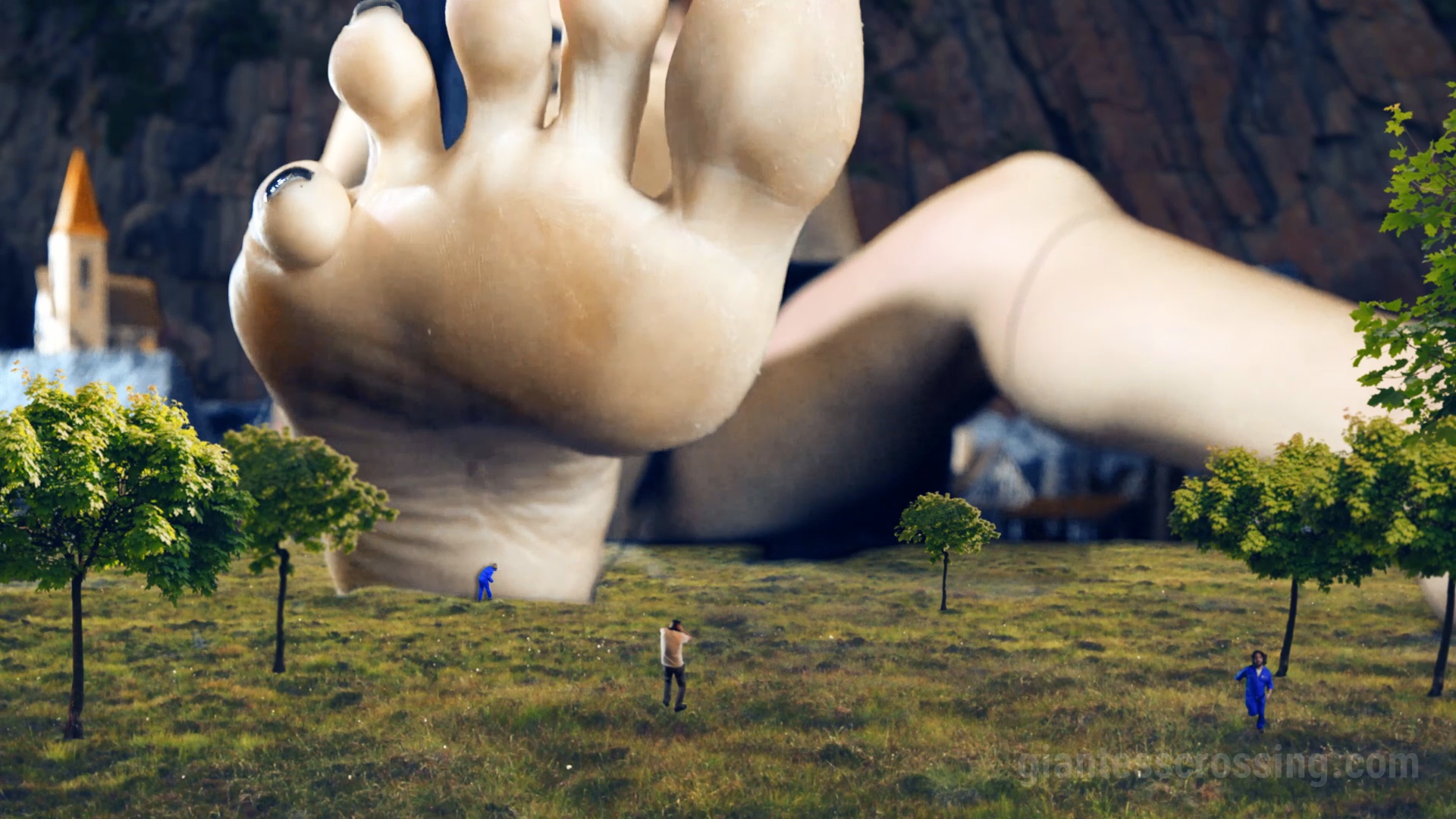 In the last century, a small group of settlers found an untouched place deep in unknown woods, far away from the known civilization. They decided to build a village near a high hill, which looked like a sleeping woman. They called their new home Giantess Mountain.

Many years went by. More people found their way to the former untouched place. The village grew to a city. The humans started craving for money
and therefore the precious natural resources lying beneath the earth.
A mining industry was installed. The tourists came to watch the
mountain in the shape of a sleeping woman. The nature got damaged and littered and the noisy city awakens an ancient guardian of the nature.

The ancient goddess has slept for hundrets of years. Her awakening is a long process measured in human terms. She lies in the middle of the village. The settlers tied her down to the earth, to avoid that the giant goddess moves her body. They use the goddess of nature as a ressort for fun and pleasure. The village people climb on her gigantic body and dance and celebrate parties on her. Tourists come for sightseeing and workers clean the goddess from the dust of the centuries as if she was a lifeless monument.

But now the day has come! The ancient goddess gains her powers back. She begins to move her hands, feet and head slowly. Even such little movements are fatal for the settlers, their homes and cars. The ancient giant goddess vores and crushes some of them unaware.

After a while the gardian of the nature realizes what is going on. The voice of the settlers and their way of treating the nature annoys her. Getting stronger every moment she swears revenge. She blows up her shackles and rises to her frightening full height, towering over the village. Even large houses are small compared to her giant feet.

With her thundering voice she tells the intruders that their only chance to be on her mercy is to pray to her as their only goddess. She wants them to worship her titanic feet.

To increase her powers she vores some of the settlers. The village people try to fight against the giantess. But she is immortal. Now the ancient gooddess enjoys to show the settlers her power. She plays with their houses, cars and a ship in the nearby harbour.

This is not the end. The goddess’ vengeance on the helpless tiny villagers continues in a future clip. (Giantess Mountain – The Goddess’ Revenge).

You don’t want to miss this clip, if you’re interested in:

Select your currency:
USD or EUR