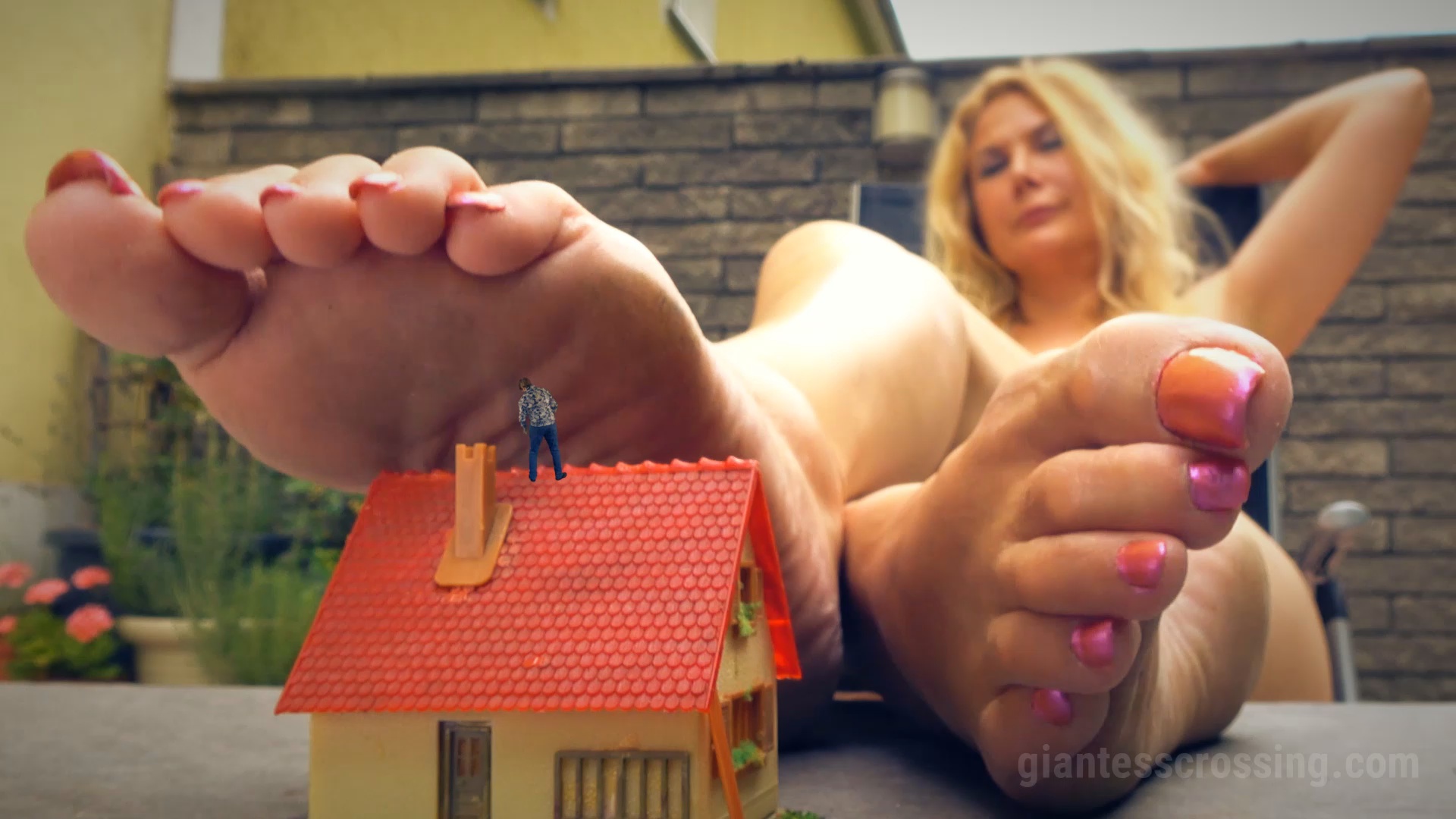 Nasty Neighbour Gets His House Crushed by Giantess Loryelle

While he is wondering what has happend he sees his gigantic neighbour Loryelle coming closer and closer. He is in panic, but he is too small and anxious to escape. As he stares at Loryelle’s mountainous barefeet and looks up at her tall body, he knows that today will not be his best day. Loryelle teases him with her bare feet, but the pov view of her giganitic soles frightens Mr. Lawson.

After a while Loryelle picks up Richard and his whole house and carries him to a stone bench. There she parks the house including it’s owner. Then she starts a bad game with Mr. Lawson. She frightens him with her gigantic bare feet, her immense boobies, her booty, her mouth and tounge. She let him feel, how small, weak and worthless he is, compared to her.

Then she forces him to worship her as his only goddess. Even though he follows all her commands she does not stop to humiliate him. More and more it turns out, that Loryelle is a gigantic mean goddess.

Loryelle crushes Richard’s beloved house while he has to watch, without any chance to avoid that. Mr. Lawson was brave, as he thought that the worst thing Goddess Loryelle can do to him is crushing his home, but he is wrong.

At the very end, she forces him to climb the ruins of his house and crushes him with her titanic butt.