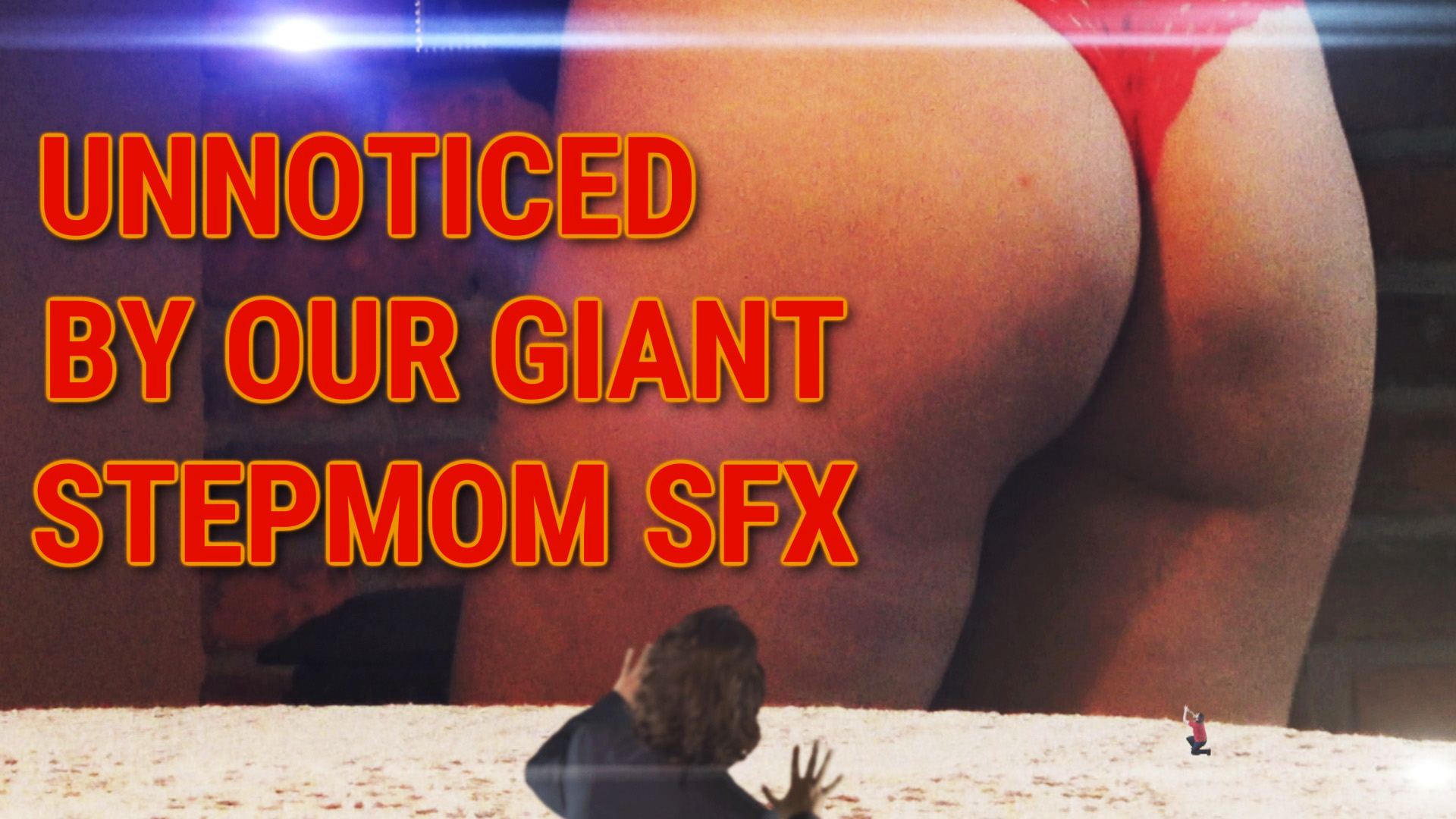 When they come back from the executor, John and his siblings are disappointed. Their father has disappeared without a trace, several month ago and everything he has left gets their stepmom Loryelle. The only exception is a mysterious shimmering green gemstone.

While the siblings puzzle, what they should do with it, something strange happens. The gemstone starts to dazzle and reveals his ancient magic powers.
Within a few seconds everyone in the room gets shrunk down to half an inch! After that, the gemstone has obviously used up all his powers and implodes in front of their eyes. So there is no chance that they will ever get back to normal size again.

Meanwhile their beautiful stepmom Loryelle arrives at home and the half inch sized people run for their tiny lives, but those unlucky guys on the floor are too small to escape Loryelle’s careless booming steps.

Their stepmom is now a giant goddess to them and they are just insignificant bugs, crawling in the dust at her giantess’ feet.

While some of the siblings are in fear and try to get Loryelle’s attention, others are excited about the overwhelming beauty of their giant stepmom.

Paul, who is standing on the banister gets crushed by Loryelle’s gigantic hand as well as one of his brothers.

It is late in the evening and Loryelle wants to feel more comfortable. So she begins to put off her tight leggings. For her oldest stepson a dream comes true. How often he has wished to see his hot stepmom only wearing a string tanga.

Some try to escape, with bad prospects, the others explore their unaware giant stepmom ’s mountainous body. Three guys worship and climb Loryelle’s large soft feet. Another one climbs up her long blonde hair. One gets devoured by Loryelle while he expects her beautiful lips. A sister rests at Loryelle’s belly button and one of the brothers visits Loryelle’s red panty.

While Loryelle takes a rest and touches herself a second time, many of her step children get squished under her butt, her fingers or her feet.

Many macrophile dreams come true in this unaware giantess clip. Don’t miss it!

Get your copy right now and enjoy:

… and as seen in many Giantess Loryelle SFX productions:
Quality special effects scenes with real actors instead of plastic figures.