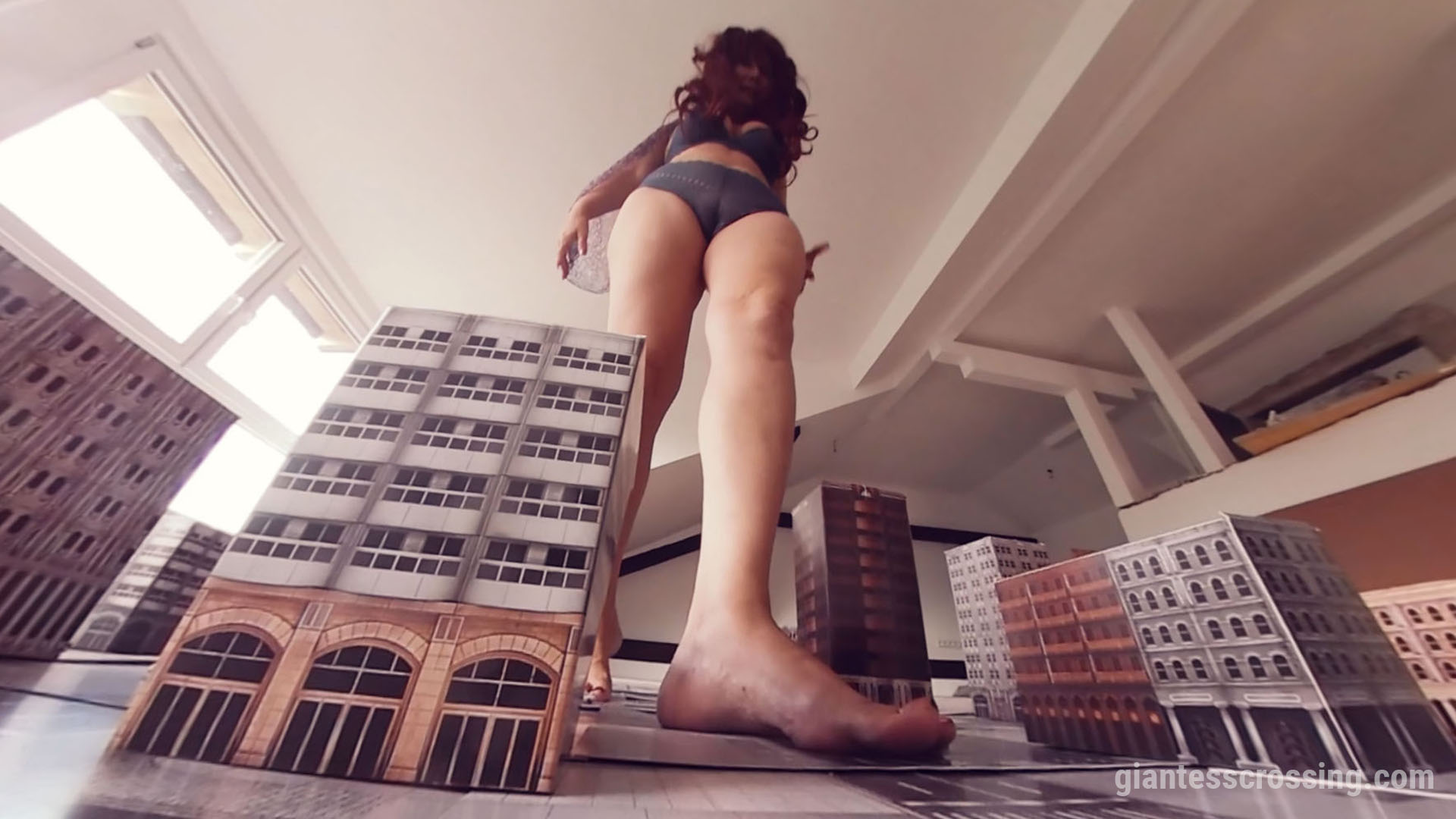 A secret admirer mixes a special ingedient in Loryelle’s cocktail, which let her grow instantly to skyscraper size. Instead of feeling uncomfortable, she gets used to her giantess size very quickly. Poor city!

While Loryelle  has a lot of fun rampaging through the city. You can watch her walking along the streets, stomping several buildings into dust with her massive feet or flattening them under her titanic ass.

Loryelle discovers several people she knows, such as her ex-husband, which haven’t been nice to her, when she was at normal size. Time to teach those tiny unworthy creatures a lesson.

Pantyentrapment, being captured between Loryelle’s massive ass cheeks, getting breastsmothered between her huge tits and squished under her giant bare feet are just a few punishments her tiny helpless foes have to endure.

Get this hot video and experience the beautiful giantess stomping buildings from the first row.

Please note: This VR 360° video requires a special virtual reality media player software, such as the free VLC player or Go Pro VR Player for your computer. For a real giantess experience a virtual reality headset is strongly recommended.

Select your currency:
USD or EUR