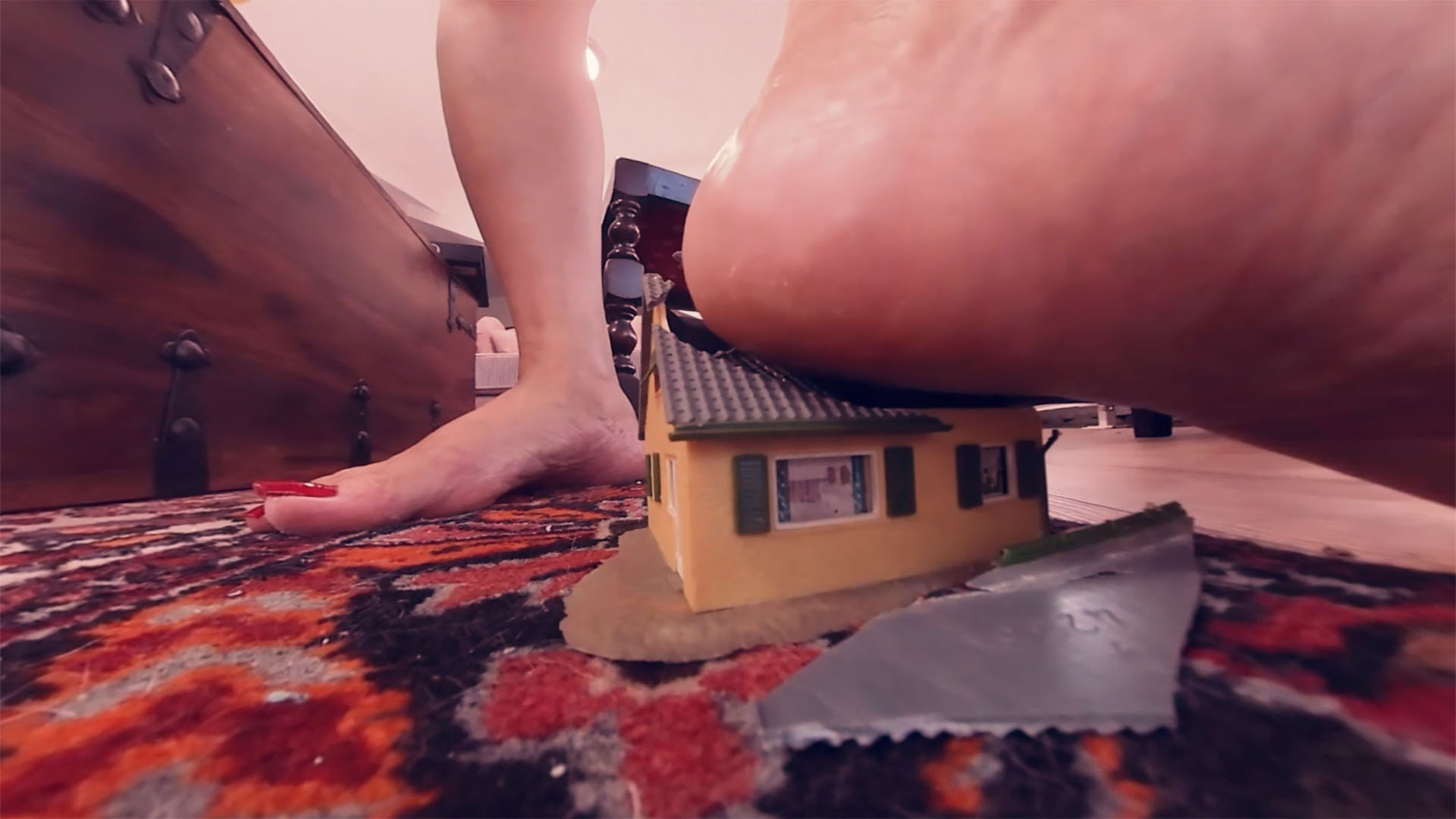 Unable to pay your outstanding depts

Obviously it wasn’t the best idea to borrow so much money from a shifty company like Giantess Mountain Finance. Now it’s payday and you are unable to pay your repayment rate. You already gave them all your property including your house, but they still want more. There is nothing more left than your bare life and the clothes you wear. So you decide to leave the country, but Giantess Mountain Finance’s loan shark Loryelle catches you and shrinks you down. Now you’re trapped together with another guy who has the same problem.

In the clutches of a loan shark giantess

The mean loan shark giantess starts a cruel competition between you and the other deptor. The one of you who offers the better payback deal may survive, while the other one gets crushed to make an example.

You have the better payback plan, so you win the competition, but you have to watch helplessly how the mean giantess treats the poor shrunken guy who has lost. The giantess is evil so she takes her time to enjoy this. First the tiny deptor has to endure an in-shoe crush in the giantess’ black patent heels, followed by a panty entrapment. She grabs and squeezes the poor tiny guy between her massive toes until he finally get smushed into the ground under the giantess’ huge bare foot.

Pay or get crushed

You think the cruel game is over as you have won, but Giantess Loryelle is turned on so much by her power she has over you shrunken guys, that she decides not to stop here. First you have to watch, while she crushes your beloved house under her giant bare foot. Then you have to worship her massive feet and almost get butt crushed. Finally she decides you’ll end up as a tiny little red stain on the insole of her patent high heel.

Please note: This VR 360° video requires a special virtual reality media player software, such as the free Go Pro VR Player for your computer. Just search for it on the net. For a much more immersive giantess experience a virtual reality headset is strongly recommended.