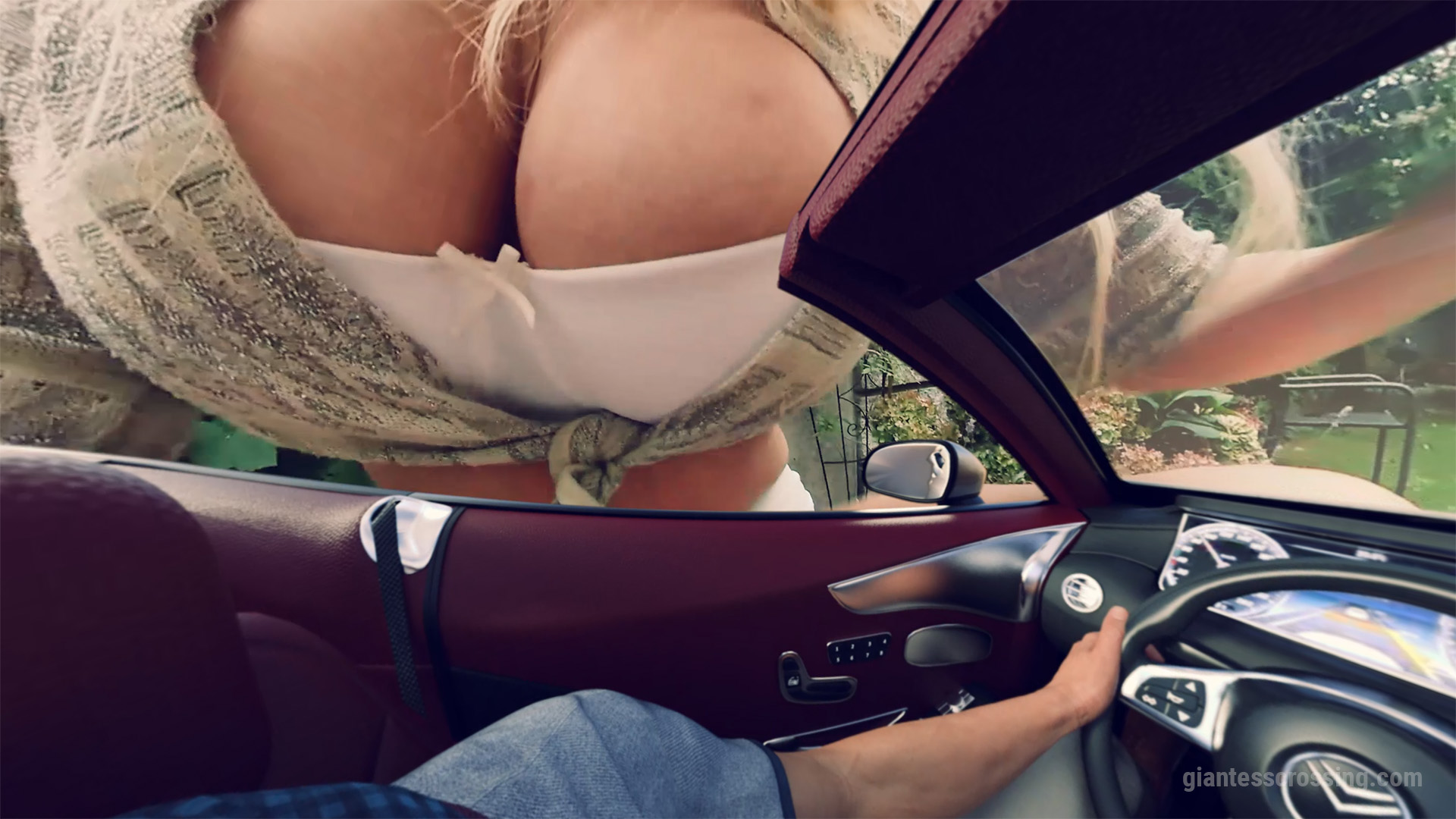 You were mayor of a thriving new city. Unfortunately it was built on the territory of giant Goddess Loryelle and she’s going to take back, what’s hers.
All those who didn’t manage to run away in time got crushed beneath her mighty feet. You’re the only one who is left, sitting in one of your expensive cars, but it won’t start for some reason.

Discovered and played with

Loryelle finally discovers you, sitting in your convertible, desperately trying to start it. You’re so small compared to her. She teases you with her giant feet and stomps some other cars into the ground, to show you, what could happen to you at any time. She uses cars as toe spreaders for her giant toes and does other bratty stuff with them, like putting them in her cleavage and then shaking her boobs.

Loryelle Demonstrates Her Size and Power

Loryelle crushes your house under her heel and butt-crushes the ruin. She rubs the broken walls on her hot shorts, while you have to watch helplessly. All your property gets destroyed by the massive body of this evil goddess.

When you’ve lost all your possession, your expensive convertible car finally gets crushed under Loryelle’s massive boobs – with you in it.

Why you want to watch this

Lovers of beautiful massive female feet completely get their money’s worth, due to many close-ups of Loryelle’s nice long, white polished toenails and feet (partially in flip flops). But there is also a good variety of other exciting scenes, such as destruction of a house, cars between boobs, cars between toes, car mouth-play, towering giantess and more.

As a rare special in this vr 360 clip you’re surrounded by a car as if you were sitting in it while the huge giantess towers over you to make you feel really small.